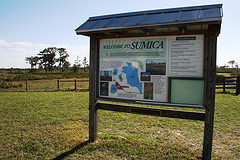 The Polk County Commission has voted to approve a program that would enable businesses and individuals to sponsor public park assets and even bid on naming rights for public parks (See The Ledger). I do not think the Commission has considered the legal implications of this decision as carefully as it should.

All sponsorships and advertising undertaken pursuant to this Policy shall be consistent with the County’s vision, mission and values and shall not compromise or contradict any rule, law or policy of the County, or reflect negatively on the County’s public image.

In other words, “you can only advertise in our parks if you agree with us.” Content-based regulations on speech like this are only proper if they are very narrowly tailored to address a compelling government interest.

The fact that we are talking about public parks, as opposed to libraries or city halls, is cause for additional concern. Under a 1983 Supreme Court decision, Perry Educ. Ass’n v. Perry Local Educators’ Ass’n, private speech on government property is analyzed differently depending on where it takes place. The government has more authority to regulate advertisements on buses or inside public office buildings, for example, than it does to regulate protests in public parks and roadways, because public parks are a traditional gathering place for public speech. If the government wants to restrict the content of speech in a public park, as opposed to the time, place, or manner of that speech, the government must have an extremely good reason for it or courts will strike down the restriction.

I’m not sure that’s a consistently winnable argument. The most analogous situation I could come up with are “adopt-a-highway” programs. Some courts find adopt-a-highway signs to be public forums where the government’s ability to restrict who can be a sponsor is very limited. Some courts find such restrictions acceptable on the grounds that highway signs are not public forums.

Consider this: what if the Ku Klux Klan wanted to sponsor a park in a predominantly African-American part of the county? The KKK has attempted to adopt highways before. In a 2004 federal appeals court decision, the court found that highway signs are not necessarily a public forum, which would give the government more authority to regulate who could be a sponsor. But the court decided that the state still had no authority to prevent the KKK from adopting a highway, even under the more lenient standard.

The County has attempted to skirt some of these concerns by restricting broad classes of speech categorically, without regard to the particular message. The new policy does not allow advertisements for faith-based organizations or political organizations.

I’m not certain that these restrictions would survive court scrutiny as-written. Even if they do, it may be difficult to apply these policies in a content-neutral way. It will put Polk County in a very awkward position of analyzing proposed advertisements to determine who the advertiser is and whether the message or sponsor is “political” or not.

I can think of dozens of examples of realistic, problematic borderline situations. For example, under the proposed policy, Mosaic, a for-profit company, would clearly be allowed to sponsor a county park and promote their environmental stewardship in an advertisement. What if the Sierra Club wanted to put up an advertisement discussing the environmental harms of phosphate mining? How could the County legally say no? Are the Boy Scouts of America a “faith based organization”? What if they promote the “values” they instill in an advertisement? Once you allow them to advertise, can you prohibit advertisements from gay rights groups promoting the “values” they instill?

In the borderline cases, even with the proposed policies, the County will be sitting as the arbiter of the content of the advertisements and the motivations of the advertisers. That’s risky anywhere. It’s especially risky in a public park, where restrictions on speech are more heavily scrutinized. By creating the possibility for controversy, the county is inviting a very public test case. (Think “Atheists of Florida Park”). At some point, I fear the County may get sued over this policy, which would cost us all more than the program is anticipated to generate.

If the County insists on opening parks up to sponsorship, my suggestion is to amend this policy to forego all advertising content. Only the identity of the organization sponsoring the park should appear, and perhaps a logo, using standard graphics and text promulgated by the County. All individuals and organizations should be allowed to sponsor parks, except for organizations that existing court cases clearly allow the county to prohibit, such as criminal enterprises — but if there is no editorial content, the County may very well be able to more strictly regulate who can be a sponsor. Limiting sponsorships to events and special projects as opposed to the parks themselves may also make the program considerably less risky.

In any event, the County should not attempt to require advertisements to conform to the County’s “vision, mission, and values.” That’s exactly the type of regulation that the First Amendment is intended to prohibit. At a minimum, the County should require sponsors’ messages only to be consistent with the mission of the parks program, not the County as a whole.

Portland, Oregon has a similar program that more carefully walks the First Amendment tightrope. As you can see, it is not all that different from Polk’s proposal, but it does not attempt to as heavily regulate who can be a sponsor, it does not appear to allow broad advertising content, and it does not prohibit large categories of speakers in broad strokes.

EDIT: After posting this, I toned down my recommendation a bit and added a link to the Portland policy.